Medina approves the construction of the Bavaro International Airport 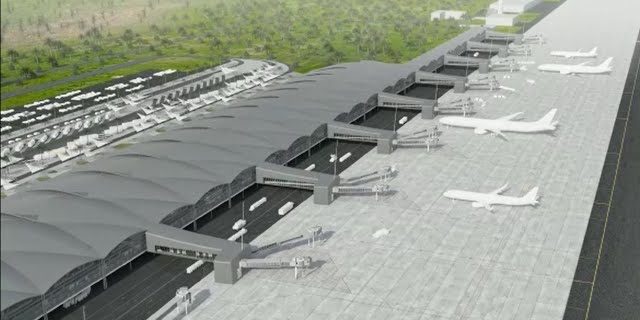 President Danilo Medina has approved, through decree No. 270-20, the construction of the Bávaro International Airport, an infrastructure that will be located in the Tres Pieces area, in the Salado sector in the Salvaleón de Higuey municipality.

The work, under the authorization and supervision of the Dominican Civil Aviation Institute (IDAC), will be designated “as a port of entry and exit for international air traffic in which customs, migration, public health procedures and formalities will be carried out. , veterinary, phytosanitary and zoosanitary regulations, airport security and other governmental requirements ”, indicates the document.

The decree acts in accordance with resolution No. 6796 of January 23, after the agreement and no objection granted by the Airport Commission for the development, construction, operation and economic exploitation of the project, the total investment of which will be made by the Abrisa Group and the company Bávaro International Airport (IBA) SAS, “under the same contractual terms and conditions as the other privately owned airports currently operating” in the country.

With the execution of this project, La Altagracia province would become the third in the country to have two airports after Santo Domingo and Samaná.

Medina announced this decree just weeks after handing over the presidential sash to President-elect Luis Abinader on August 16, an event that would constitute the first term in the history of the Modern Revolutionary Party (PRM), after 16 years of uninterrupted governance by of the Dominican Liberation Party (PLD).