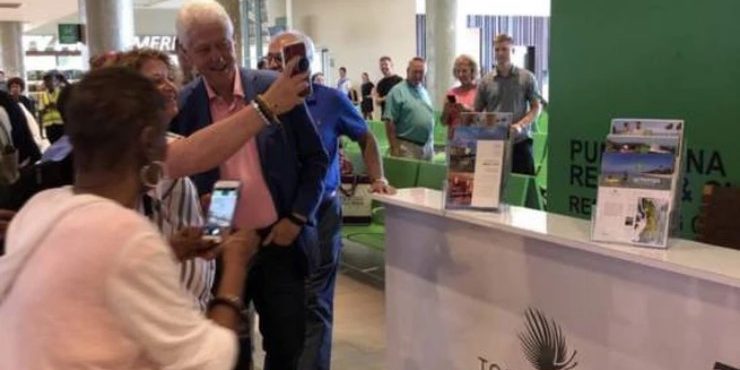 The former president of the United States, Bill Clinton, arrived this Wednesday in Punta Cana, the destination selected to take his vacation.

This is not the first time that the former US president has come to the country to spend his days off. The last time was in February 2018, accompanied by his wife Hillary Clinton.

The visit of Clinton, who held the presidency of the United States between 1993-2001, confirms that the destination is a safe zone, contrary to what many international media have assured.

“Welcome Bill Clinton to the Dominican Republic. His presence is the best message to Americans and the world about the safety and quality of our tourism”, wrote the Dominican ambassador to the United States, José Tomás Pérez, through his Twitter account.

Upon arrival in the tourist area, Clinton wore a blue jacket and a red shirt. Those present at the scene took the opportunity to take photos with him. Fountain: Diario Libre

Medina approves the construction of the Bavaro International Airport
July 28, 2020